Šibenik is renowned for being a cradle of many excellent Croatian athletes, but possibly the most famous one of them is the genius basketball player Dražen Petrović.

You might have not heard of him recently, but if you were following world’s basketball in the 80’s and early 90’s, then certainly you are very well aware who »Dražen« was. In any case, knowing of him or not knowing, he was some incredible Dalmatian kid in whom the birth town Šibenik still greatly takes pride.

Dražen Petrović was born in Šibenik in 1964. At the time, Croatia was a part of Socialist Federalist Republic of Yugoslavia. He started playing basketball early on, supposedly he was training 7 hours a day already when he was 12 years old.

When he was 13 he joined to the local youth league, but his breakthrough happened when, as a 15 years old boy, he joined his first team. He immediately showed his mind-blowing talent when he led his team to surprising victories and thropies all the way up to the Yugoslav championships. In 1984 he joined Zagreb’s club Cibona and was continuing winning Yugoslav cups while adding European ones to them as well. As a part of the Yugoslavian team he won abronze and silver Olympic medals. In 1988 he joined Real Madrid and, again, helped the team getting thropies. In 1989 he signed for the NBA. And he was rapidly reaching the stars with a new American nickname »Petro«. All in all, he won numerous medals and trophies, was placed near the top of all NBA guards and, among other achievements and honors, he was placed in the top scorers in the NBA.

His basketball glory would have had continued for who knows how long and to which galaxy, but unfortunately, he suddenly died, 28 years old, in a car accident on German highway. It was a tragic blow for Croatia, but particularly for his hometown Šibenik that Dražen loved so much. In many of his interviews he was lovingly talking about Šibenik and its impact on himself and his career. And Šibenik loved him back tremendously. And it still does.

In addition, the Šibenik’s Basketball School for kids bears his name – Škola košarke Dražen Petrović Šibenik, while by the basketball court at the hall where he used to train, a monument of a young Dražen is sitting on a bench, dribbling a ball. Dražen is a part of Šibenik’s culture and tradition. He is one of the essential parts of Šibenik’s life and soul.

It feels as if Dražen is still in his hometown, as if he had never left. His joyful and genius spirit is still present among locals. When talking to Šibenik people about Dražen, they talk with pride and appreciation about this »kid« who was so kind and friendly and »down to Earth« even when being a world’s basketball star. They talk about his achievements and about the importancy of keeping his memory alive. His mother, Biserka Petrović, hosts his Memorial Room which an interested guest can visit on request. Certainly, love for Dražen is still alive and hitting scores into infinity.

BEHIND THE SCENES – D-Resort Šibenik

THREE stages, ONE town and the ONLY plastic-free Advent 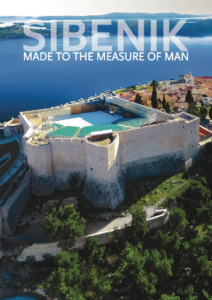 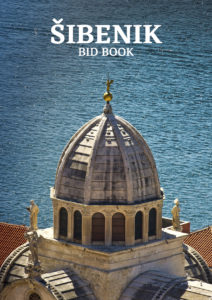 When the medieval town gets lit up in the December’s spirit...

One of the largest investments into the National Park Kornati

Why Is Šibenik The New Star?

Exclusive concert of Bryan Ferry – in a Fortress!

Synergy Of Historical And Contemporary With Spectacular Views

ABOUT US
Croatia’s coastal town of Šibenik, a medium-sized town that spreads around a hill, offers visitors a pleasant sense of cosiness and easy access to any of the town’s highlights.
© Copyright 2019 - Powered by Toleranca Marketing